WITH YOUR HELP
WE'VE RAISED 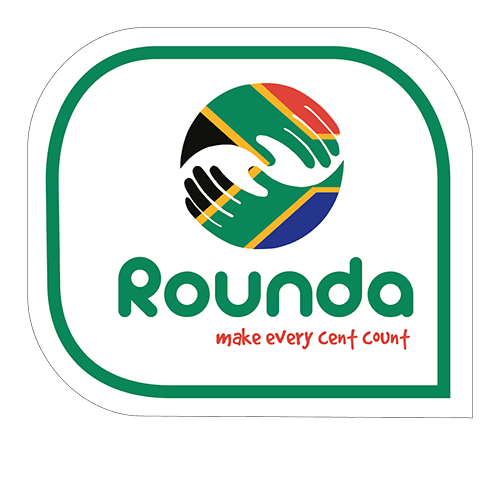 In carrying on the Mandela legacy of Ubuntu, Steers has partnered with ROUNDA to make a real difference. ROUNDA is an initiative by the Nikela Charity Funding and Development Trust that donates funds to charities and organisations that combat hunger and alleviate poverty in South Africa.

ROUNDA gives us all the opportunity to help. When you add R1 to your bill, the money goes into the Nikela Trust to support worthy causes such as SHOUT Libraries and Active Education.

Together we can make a difference in the lives of millions of South Africans in need.
All it takes is R1.

SHOUT Libraries are a safe space for young learners to dream, learn and be inspired about their future. From the beautiful artwork on the buildings, designed by Network BBDO, that awakens the imagination, to the supply of educational materials and a feeding scheme to fuel their young minds, these libraries are dream stations that open a world of possibility for all learners.

The future of our nation lies in their hands and Steers is proud to play a part in fostering their talents and furthering their education. We’ll continue building more libraries and empowering the youth through the power of books.

The SHOUT Foundation and Steers have launched their fourth “Dream Station”, a fully-fledged library, in Motherwell, Nelson Mandela Bay Metropolitan Municipality in the Eastern Cape.

On Mandela Day the Steers team, along with Danny K and Kabelo Mabalane, took over Fumisukoma Primary School to award the 1500 learners their new SHOUT library.

The SHOUT libraries programme is a philanthropic initiative that aims to empower underprivileged communities by providing an educational resource that assists in the development of childhood literacy skills. The libraries positively influence the community by improving the literacy skills of the youngest members in society. The future of our nation lies in their hands and we’re proud to play a part in fostering their talents and furthering their education.

Adolf Fourie, Steers Marketing Executive, had this to say about the new SHOUT Library at Fumisukoma Primary School: “We are truly humbled by the chance to once again be part of the launch of a Steers SHOUT library that contributes towards investing and supporting our youth to reaching their full potential.”

In carrying on the Mandela legacy of Ubuntu, Steers has joined ROUNDA. This initiative, setup by the Nikela Trust, donates funds to charities and organisations that combat hunger and alleviate poverty in South Africa. Every time you ROUNDA at Steers, a portion of the funds go to the SHOUT Foundation and Active Education.

Matsavane Primary School in Bushbuckridge, Mpumalanga was awarded with a fully-fledged library centre. The principal, teachers and representative learners expressed gratitude for the beautiful library that was awarded to them.

“It will encourage a culture of reading which will aid in early childhood literacy improvement within the current demographic of impoverished learners who have the bare minimum to succeed,” exclaimed Maria, the Principal of Matsavane Primary School in her speech during the ribbon cutting ceremony.

Child illiteracy in South Africa is one of the highest in the world. This effects the quality of life due to the lack of resources in developing childhood literacy skills.

That’s why, as Steers, we’ve partnered with ROUNDA to aid in our efforts to build more SHOUT Libraries.

ROUNDA is a platform that was established by the Nikela Charity Funding and Development Trust to enable brands, businesses and individuals to make a small financial contribution, as little as R1, to an array of NGOs such as Choc House, CANSA, NSPCA and SA Red Cross.

“I am truly humbled by the chance to be part of a very special programme that aims to nurture young tummies and minds. We already support similar initiatives but we need a helping hand from our consumers in sustaining our continued support,” said Adolf Fourie, Steers Marketing Executive.

In 2016, Steers and the SHOUT Foundation pledged to build libraries in disadvantaged communities to help combat high levels of childhood illiteracy. To make this dream a reality, we rallied the public to help us sell a million burgers. South Africans responded in numbers and the proceeds of the sales went towards building SHOUT libraries, which aim to empower the youth through the power of books. A year later, on 13 November 2017, we opened two libraries at Mafumbuka Primary School in Soshanguve and Tlamatlama Primary School in Tembisa.

“We are passionate about giving back to the communities in which we operate and being involved in the investment of our future consumers, employees and brand influencers. We believe in igniting the passion of SA’s youth. Through this library, we hope to create a safe space for young people to dream, learn and be inspired about the future of this amazing country.” Said Adolf Fourie, Steers Marketing Executive.

Two libraries now stand in the communities of Soshanguve and Tembisa. In the future, we hope to speak of the leaders that have grown in these communities and inspire those that come after them.

Active Education brings physical fitness and healthy living to young learners across South Africa. Physical Education needs to be a part of every child’s development so that they can grow up to be strong and healthy. Learners are encouraged to be more active through the Let’s Play Challenge.

In the Let’s Play Challenge, children across the country jump, play and run to prove their fitness for a chance to win an all-purpose sports stadium. Leading up to the challenge, educators are provided with sports bags containing the tools needed to give their learners Physical Education classes.